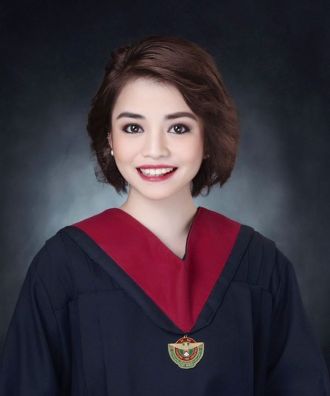 This ordinary beautiful netizen whose roots are from Leyte and graduated at the University of the Philippines Los Baños has wrote an open letter that went viral on Social Networking Sites.

The letter posted on her facebook account was directed to Mar Roxas, a former DILG & DOTC Secretary of the Philippines, now running for the highest post in the land, seeking to be elected as President this coming Philippine May 2016 Election. Below are what she wrote on her facebook post.

1. Please stop requiring Government employees to vote for you. They have been serving this country for years, let them serve their hearts’ interests this time.
2. Please stop saying all pending projects of the LGU will not be funded if you lose in this coming election. These projects are for the welfare of your countrymen, not to be delayed for its recognition under your supposed administration and not to be rejected should you lose.
3. Please stop requiring Filipino Soldiers to check your name on their ballots. If they want Duterte, kindly give them that. They have already given up most of their desires in life to protect this country.
4. Please stop saying 4Ps members will no longer be receiving their monthly allowance once you lose and saying instead that you will have it increased once you win. Most members of rural communities will be willing to exchange their votes just to have the money they will need to sustain their hungry families every single day. Survival is their topmost priority. Stop depriving them of what you have been depriving them for years.
5. Please stop taking the OFWs’ right to vote. You have already taken from them their right to live a better life in this country by being corrupt and pretentious. Let them grab the chance to help bring change in this country by not voting for you.

With hate & so much more,

After her post went viral on social media, she has been receiving a bunch of comments and concerns. But this is her fearless response:

The post I made was not meant to go viral. But the fact that some people are telling me to take it down or watch out for my life from now on is exactly why we have to fight for a change in the current system. You argue a lot about living in fear under Duterte’s rule but you haven’t noticed the fear that has crippled you all these years. You are more concerned with your safety than the life of the future generations. Mga labad mong tanan.